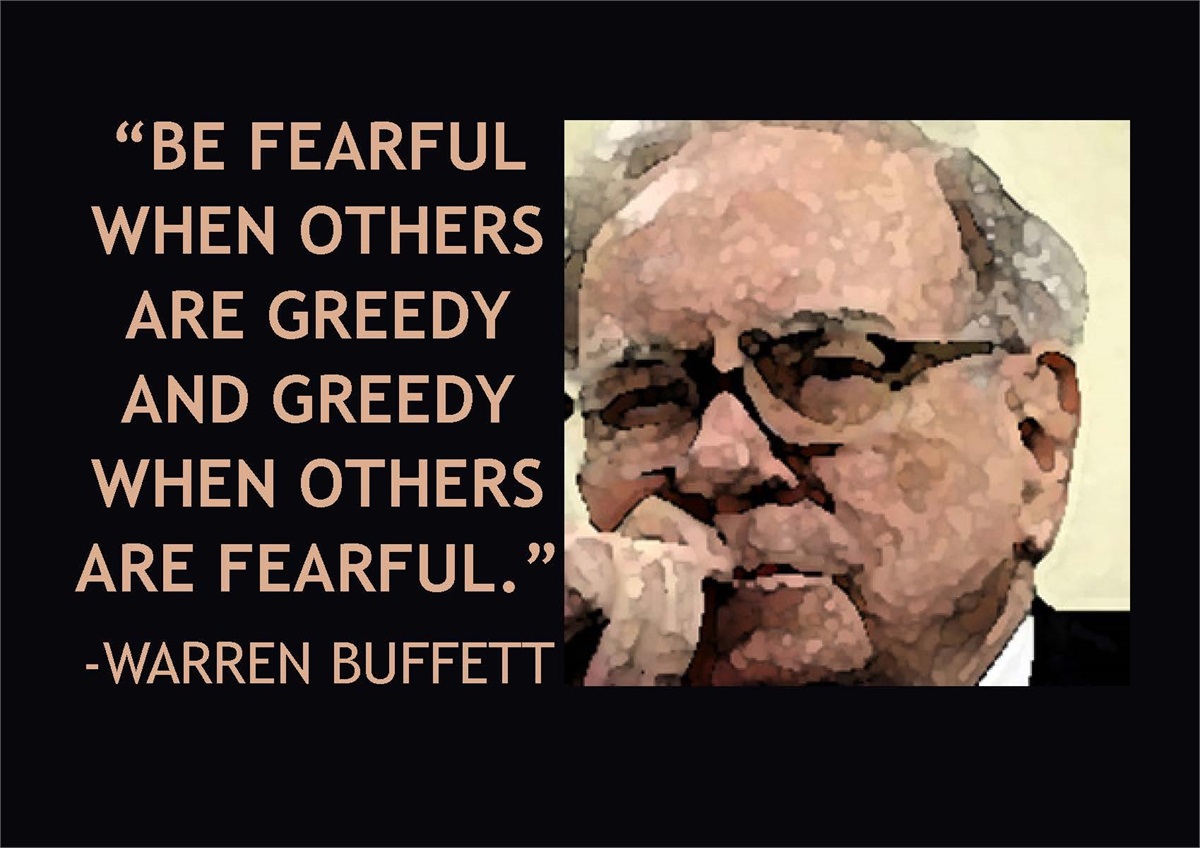 Be Greedy When Others Are Fearful

It never feels good when the stock market heads south, and that’s what happened last week. The Standard & Poor’s 500 Index (S&P 500), Dow Jones Industrial Average, and Nasdaq Composite all moved into correction territory, which means the indices have fallen 10 percent or more from their previous peaks.

If you look at corporate earnings, the decline in U.S. stock values may seem a bit of a head scratcher. During the third quarter of 2018, almost four-fifths (78 percent) of companies in the S&P 500 were more profitable than analysts expected, according to FactSet Insight. Earnings grew by 25.9 percent – the fastest growth rate since 2010.

When you remember the stock market is a leading indicator, the mystery is resolved. Share prices reflect what investors expect will happen in the future, and third quarter earnings are in the past.

So, what moved the market last week?

“World equities closed out the week on a soft note as disappointing economic reports out of China and the eurozone heightened concern over the outlook for global growth…the big focus was on China, where activity and spending data confirmed that the country’s economy had a dismal November.”

Monetary policy and geopolitical issues, including the possibility of a U.S. government shutdown and ongoing Brexit follies, contributed to investor pessimism. The American Association of Individual Investors Sentiment Survey showed a 17-point decline in bullish sentiment and an 18.4-point increase in bearish sentiment.

When stock markets leave you feeling like Santa dropped coal in your stocking, it may be helpful to remember the words of Warren Buffett, “Be fearful when others are greedy and greedy when others are fearful.”