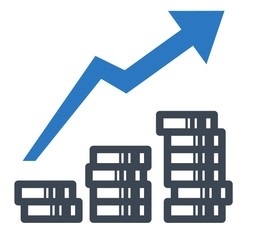 Last week’s economic data was about what you might expect in the midst of a virus crisis that has shut down businesses and forced people to stay home:

• Retail sales were down 8.7 percent in March. Retail sales track demand for everything from clothing to refrigerators. The March decline was the worst monthly performance on record, according to Ben Levisohn of Barron’s.

• Oil prices fell further. Saudi Arabia, Russia, and other nations agreed to reduce oil production, but that may not be enough to steady prices. The Economist explained, “Global demand may fall by 29 [million] barrels a day this month, three times the OPEC deal’s promised cuts.”

There were some bright spots, though, that boosted optimism in financial markets.

New York state, where more than 13,000 residents have died as a result of the coronavirus, may be entering a period of deceleration. The number of hospitalizations and deaths moved lower late last week, reported MarketWatch.

Germany announced it is slowly beginning to reopen shops and schools. Guy Chazan of Financial Times reported, “Germany has managed to contain coronavirus more effectively than other European countries, partly thanks to a comprehensive testing regime that allowed authorities to identify and isolate those infected with the virus at an early stage. It has the capacity to run 650,000 tests a week.”