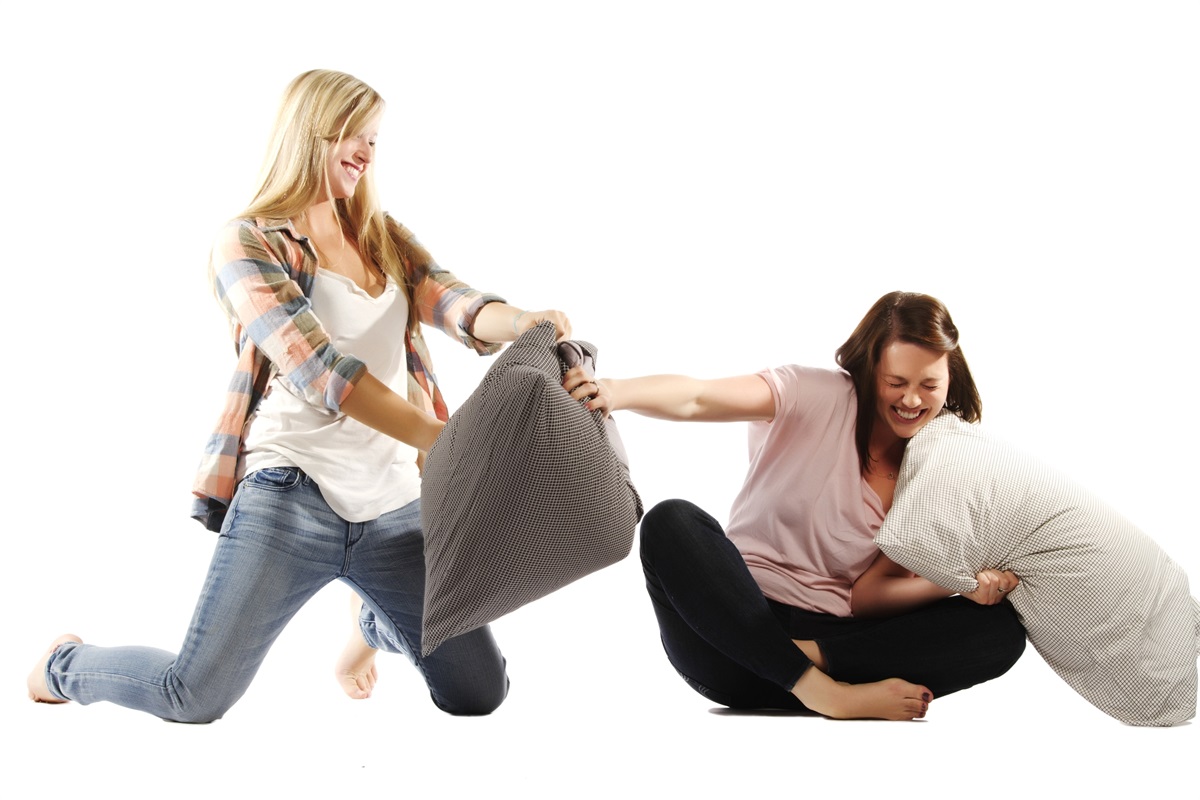 IT’S NOT CAPTURE THE FLAG

Like competitive gaming and Ultimate Frisbee, some may categorize pillow fighting as an activity rather than a sport. Jack Tarrant and Yoko Kono of Reuters described the last week’s All Japan Pillow Fighting Championship qualifier in Shizuoka Prefecture in this way:

“A mix between dodgeball and chess, the aim is to protect each team’s ‘King’ from being hit by pillows whilst trying to hit the opposition’s ‘King’ during two-minute sets. One player on each team can also use a duvet as a shield.”

Japan isn’t the only country to embrace pillow fighting. Since 2008, when International Pillow Fight Day was established, annual pillow fights have been launched in cities around the world, according to Awareness Days. Since the first World Pillow Fight Day in March 2008, the activity has gained popularity “…with pillow fighting flash mobs fighting it out in more and more cities every year…”

NOTE: Pillow fighting is not without risk. In 2015, West Point banned its annual pillow fight after 30 participants were injured.