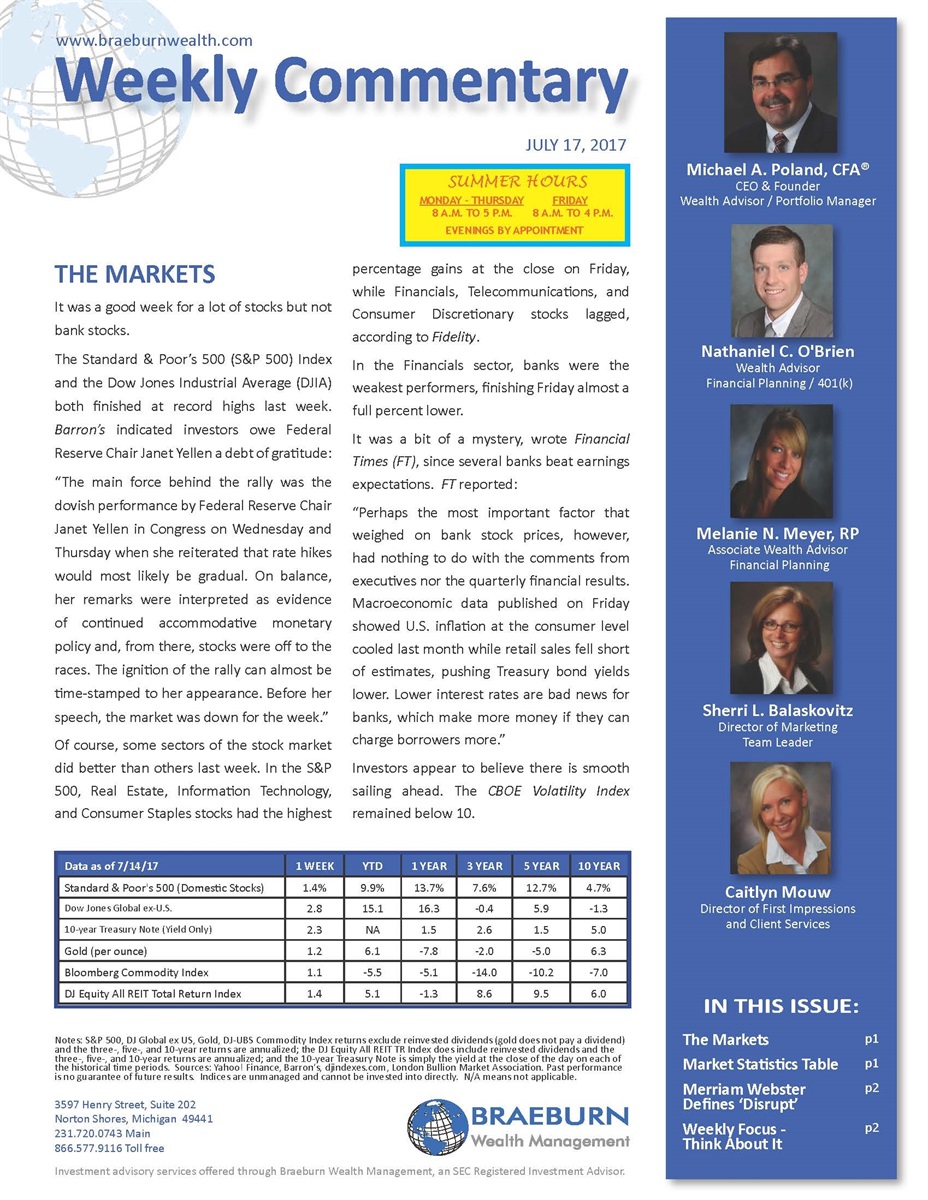 It was a good week for a lot of stocks but not bank stocks.

“The main force behind the rally was the dovish performance by Federal Reserve Chair Janet Yellen in Congress on Wednesday and Thursday when she reiterated that rate hikes would most likely be gradual. On balance, her remarks were interpreted as evidence of continued accommodative monetary policy and, from there, stocks were off to the races. The ignition of the rally can almost be time-stamped to her appearance. Before her speech, the market was down for the week.”

Of course, some sectors of the stock market did better than others last week. In the S&P 500, Real Estate, Information Technology, and Consumer Staples stocks had the highest percentage gains at the close on Friday, while Financials, Telecommunications, and Consumer Discretionary stocks lagged, according to Fidelity.

In the Financials sector, banks were the weakest performers, finishing Friday almost a full percent lower.

It was a bit of a mystery, wrote Financial Times (FT), since several banks beat earnings expectations. FT reported:

“Perhaps the most important factor that weighed on bank stock prices, however, had nothing to do with the comments from executives nor the quarterly financial results. Macroeconomic data published on Friday showed U.S. inflation at the consumer level cooled last month while retail sales fell short of estimates, pushing Treasury bond yields lower. Lower interest rates are bad news for banks, which make more money if they can charge borrowers more.”

Investors appear to believe there is smooth sailing ahead. The CBOE Volatility Index remained below 10.

If you have questions or concerns about your investments, contact us at info@braeburnwealth.com or 231-740-0743 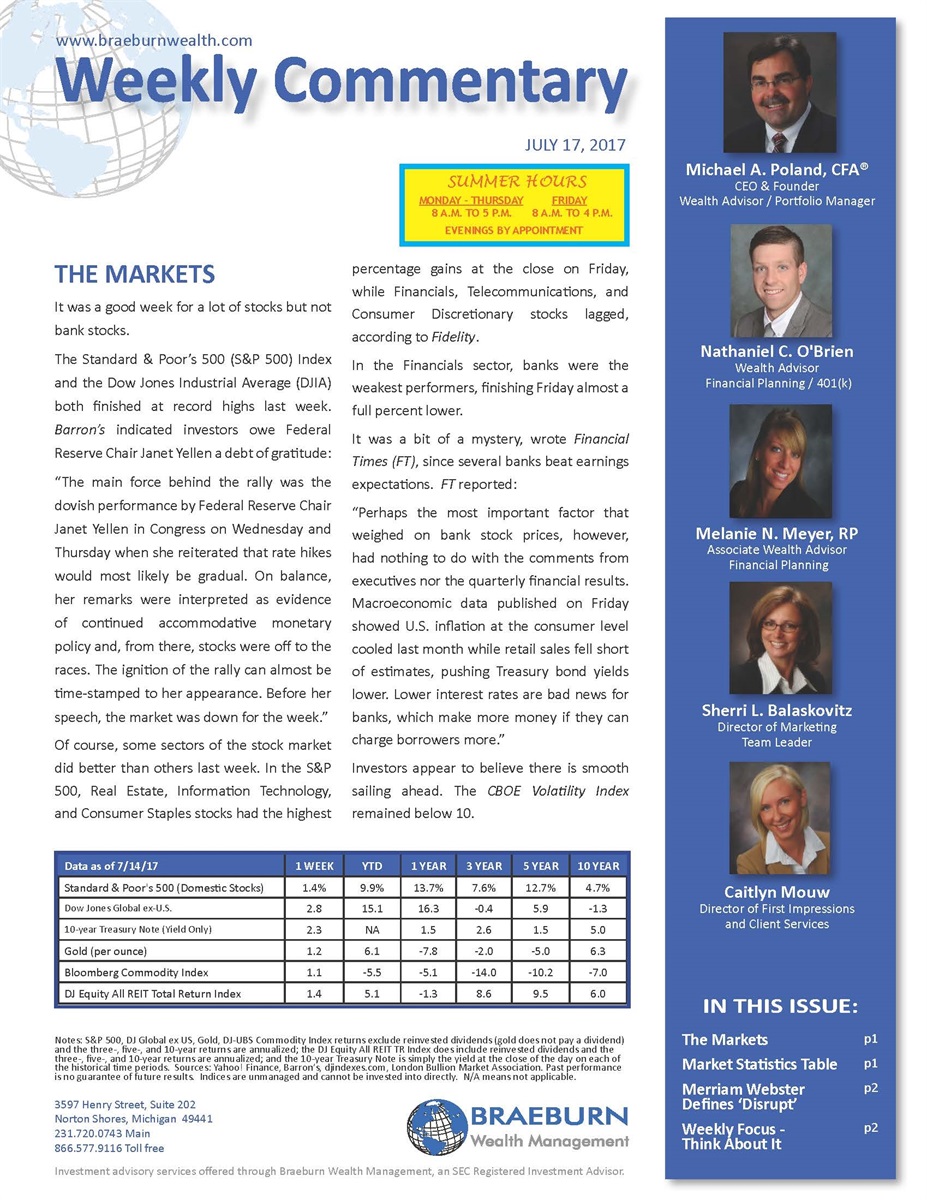