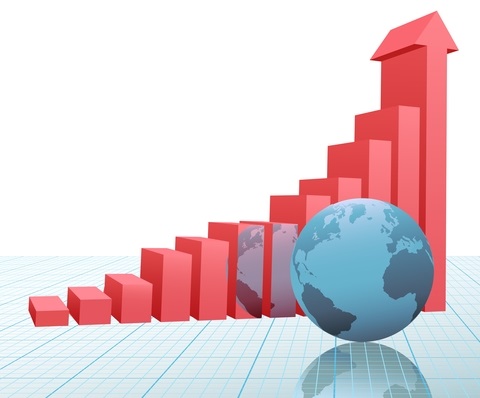 There was some good news and some bad news last week. Weekly Commentary for July 31, 2017

First, the good news: Thanks to consumer spending and an upturn in federal government spending, the U.S. economy grew faster from April through June this year. Gross domestic product (GDP) grew by 2.6 percent during the period, according to the advance estimate for economic growth. This was an improvement over growth from January through March, when GDP increased by 1.2 percent.

Now, the bad news: Personal income did not grow as fast from April through June as it did from January through March. Wages and salaries grew at a slower pace, as did government social benefits and other sources of income. The New York Times wrote:

"Wage growth, however, decelerated despite an unemployment rate that averaged 4.4 percent in the second quarter. Inflation also retreated, appearing to weaken the case for the Federal Reserve to raise interest rates again this year.

‘Although growth is solid, the lack of wage pressure buys the Fed plenty of time, and works with a very 'gradual' tightening cycle,’ said Alan Ruskin, global head of G10 FX strategy at Deutsche Bank in New York. ‘There is more here for the Fed doves than the hawks.’"