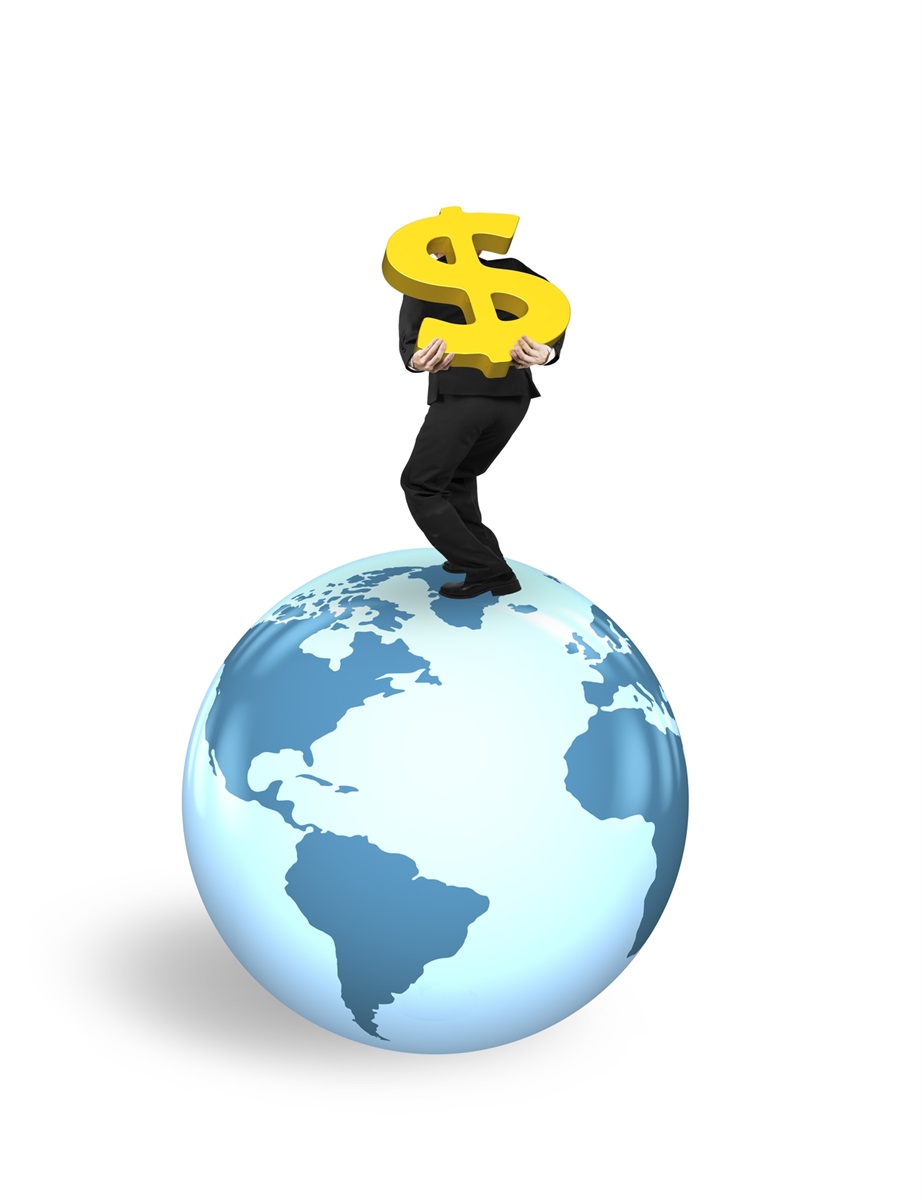 The World is in Debt

The April 2018 International Monetary Fund (IMF) Fiscal Monitor reported global debt has reached a historically high level. In 2016, debt peaked at 225 percent of global gross domestic product (GDP) (the value of all goods and services produced across the world). Public debt is a significant component
of global debt. The IMF wrote:
“For advanced economies, debt-to-GDP ratios have plateaued since 2012 above 105 percent of GDP – levels not seen since World War II – and are expected to fall only marginally over the medium term…In emerging market and middle-income economies, debt-to-GDP ratios in 2017 reached almost 50 percent – a level seen only during the 1980s’ debt crisis – and are expected to continue on an upward trend.”
There are numerous reasons high levels of government debt (the amount a government owes) and significant deficits (the difference between how much a government takes in from taxes and other sources and how much it spends) are a cause for concern:
• Higher interest payments. Governments typically finance debt by issuing government bonds. When bonds mature, the government issues new debt. If interest rates have risen, the cost of that debt increases. As a result, high debt levels can make tax hikes and spending cuts a necessity, explained the Committee for a Responsible Federal Budget.
• Lower national savings and income. You may have heard the phrase, “Robbing Peter to pay Paul,” which means taking money from one source to pay another. When a country runs a deficit, a similar thing happens. In The Long-Run Effects of Federal Budget Deficits on National Saving and Private Domestic Investment, the Congressional Budget Office explained, “…a dollar’s increase in the federal deficit results in…a 33 cent decline in domestic investment.”
• The tax lag. In his book, Do Deficits Matter?, Daniel Shaviro suggests sustained deficit spending creates a ‘tax lag’ by shifting responsibility for current spending onto future generations.
The IMF Fiscal Monitor wrote, “countries need to build fiscal buffers now by reducing government deficits and putting debt on a steady downward path.”
Last week, the interest rate on 10-year U.S. Treasuries rose above 2.9 percent, which raised concerns about inflation. Markets moved higher early in the week and tumbled later in the week. The major U.S. stock indices finished the week higher.