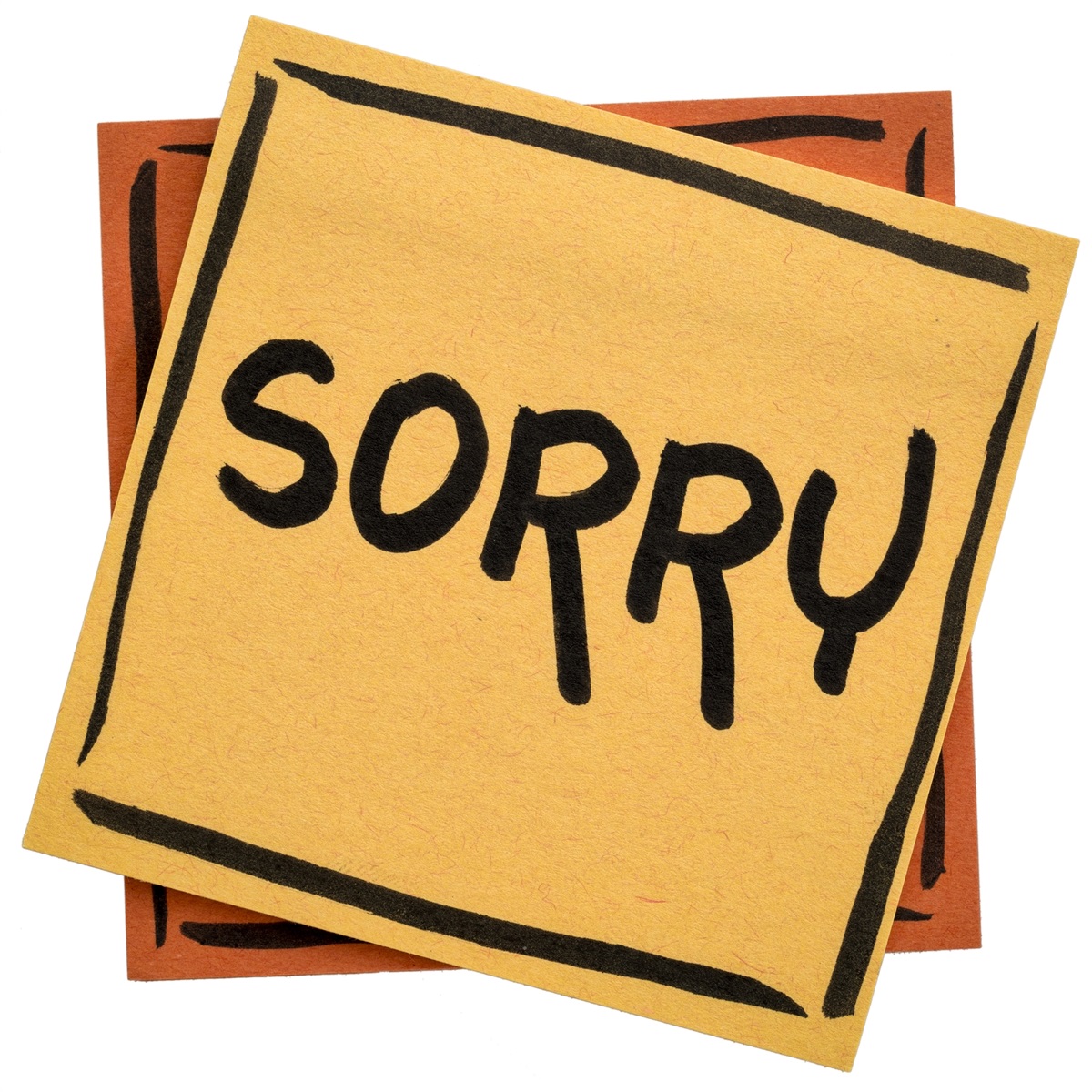 What Is An Apology Worth?

John List, an economist at the University of Chicago and Chief Economist for a ridesharing app, needed to go from his house to the hotel where he was a keynote speaker. So, of course, he called his ride-sharing company. The experience was less than stellar, as he explained to Steven Dubner of Freakonomics Radio:

“So I get in the back of the car and it says I’m going to be there in 27 minutes. So I go into my own land of working on my slides, because of course I’m doing things at the last minute. I lose track of time. I look back up about 25 minutes later, and I’m back in front of my house…And I said, ‘Oh my god, what happened?’ The driver said, ‘I got really confused, and the GPS switched, and we turned around and I thought that you changed the destination, so I went back.’ So I told her immediately, ‘Turn around, go back.’ I missed part of my panel.”

List also missed an apology, which neither the driver nor the company offered.

He decided to investigate how much mistakes, like the one he experienced, cost the company and whether an apology would reduce the cost. As it turned out, the cost of 5 percent of trips that resulted in customers being 10 or 15 minutes late was 5 to 10 percent in lost revenue.

List enlisted the help of researchers Benjamin Ho of Vassar College, Basil Halperin of Massachusetts Institute of Technology, and Ian Muir of the ridesharing company, and conducted a field experiment on clients of the ride-sharing company. They discovered apologies are not universally successful at reducing the costs associated with a bad experience. The most successful apologies had a monetary value. In their case, a $5 coupon produced a 2 percent increase in net spending.

The team discovered another important fact. Apologies lose value and can inflict reputational damage when a company has to apologize multiple times.

Are you not satisfied with your current investment advisor? Do you need a second opinion on your portfolio?